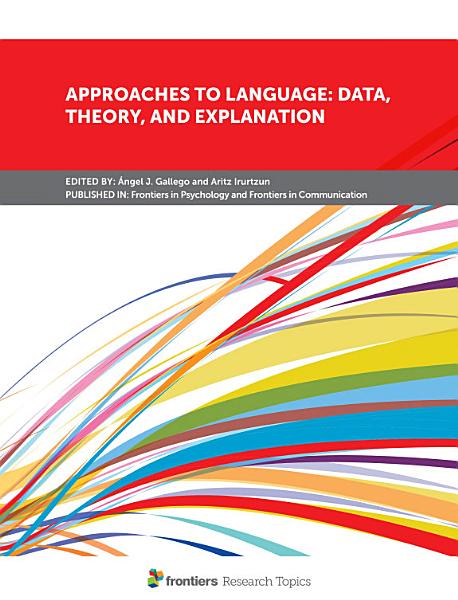 The study of language has changed substantially in the last decades. In particular, the development of new technologies has allowed the emergence of new experimental techniques which complement more traditional approaches to data in linguistics (like informal reports of native speakers’ judgments, surveys, corpus studies, or fieldwork). This move is an enriching feature of contemporary linguistics, allowing for a better understanding of a phenomenon as complex as natural language, where all sorts of factors (internal and external to the individual) interact (Chomsky 2005). This has generated some sort of divergence not only in research approaches, but also in the phenomena studied, with an increasing specialization between subfields and accounts. At the same time, it has also led to subfield isolation and methodological a priori, with some researchers even claiming that theoretical linguistics has little to offer to cognitive science (see for instance Edelman & Christiansen 2003). We believe that this view of linguistics (and cognitive science as a whole) is misguided, and that the complementarity of different approaches to such a multidimensional phenomenon as language should be highlighted for convergence and further development of its scientific study (see also Jackendoff 1988, 2007; Phillips & Lasnik 2003; den Dikken, Bernstein, Tortora & Zanuttini 2007; Sprouse, Schütze & Almeida 2013; Phillips 2013).