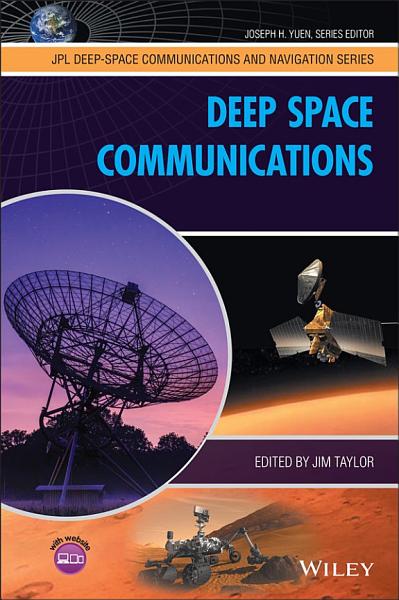 A collection of some of the Jet Propulsion Laboratory's space missions selected to represent the planetary communications designs for a progression of various types of missions The text uses a case study approach to show the communications link performance resulting from the planetary communications design developed by the Jet Propulsion Laboratory (JPL). This is accomplished through the description of the design and performance of six representative planetary missions. These six cases illustrate progression through time of the communications system's capabilities and performance from 1970s technology to the most recent missions. The six missions discussed in this book span the Voyager for fly-bys in the 1970s, Galileo for orbiters in the 1980s, Deep Space 1 for the 1990s, Mars Reconnaissance Orbiter (MRO) for planetary orbiters, Mars Exploration Rover (MER) for planetary rovers in the 2000s, and the MSL rover in the 2010s. Deep Space Communications: Provides an overview of the Deep Space Network and its capabilities Examines case studies to illustrate the progression of system design and performance from mission to mission and provides a broad overview of the missions systems described Discusses actual flight mission telecom performance of each system Deep Space Communications serves as a reference for scientists and engineers interested in communications systems for deep-space telecommunications link analysis and design control.

Authors: Joseph H. Yuen
Categories: Technology & Engineering
Type: BOOK - Published: 2013-04-17 - Publisher: Springer Science & Business Media
The challenge of communication in planetary exploration has been unusual. The guidance and control of spacecraft depend on reliable communication. Scientific data returned to earth are irreplaceable, or replaceable only at the cost of another mission. In deep space, communications propagation is good, relative to terrestrial communications, and there is