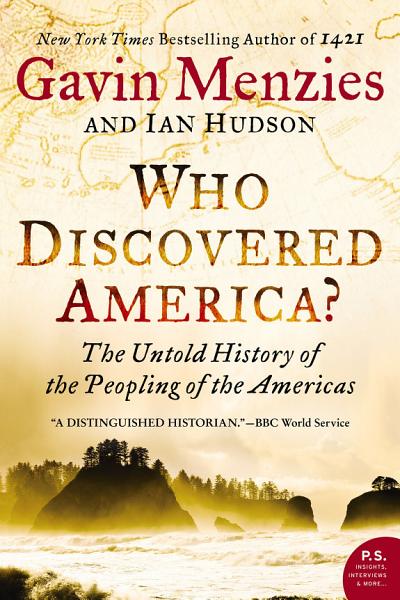 Greatly expanding on his blockbuster 1421, distinguished historian Gavin Menzies uncovers the complete untold history of how mankind came to the Americas—offering new revelations and a radical rethinking of the accepted historical record in Who Discovered America? The iconoclastic historian’s magnum opus, Who Discovered America? calls into question our understanding of how the American continents were settled, shedding new light on the well-known “discoveries” of European explorers, including Christopher Columbus. In Who Discovered America? he combines meticulous research and an adventurer’s spirit to reveal astounding new evidence of an ancient Asian seagoing tradition—most notably the Chinese—that dates as far back as 130,000 years ago. Menzies offers a revolutionary new alternative to the “Beringia” theory of how humans crossed a land bridge connecting Asia and North America during the last Ice Age, and provides a wealth of staggering claims, that hold fascinating and astonishing implications for the history of mankind.